This was part of a blogging campaign for an executive coaching business with the aim of positioning our client as an authority in her field. Her first published became an Amazon Bestseller and she went on to be an award-winning author off the back of that title. 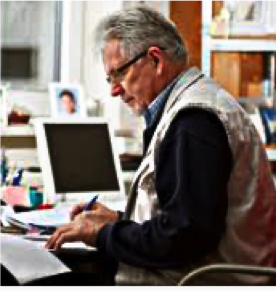 “Traditional hierarchical organisations are struggling. People are increasingly rejecting traditional employment with its lack of personal control and repression of creativity. New ways of working are emerging. New forms of collaboration. New structures. New alliances. New opportunities. These aren’t my words but those of a recent report, Future Working: The Rise of Europe’s Independent Professionals (iPros) – by the IPAG Business School in France.

And who exactly are these iPros who are so central to the future world of work?

Highly skilled, self-employed individuals working for themselves but not employing others. This could include journalists or designers, consultants, or ICT specialists. In the old days they might well have been called ‘freelancers’. However this new designation far better reflects the new reality – not of someone leading a precarious existence scrambling to tap into an erratic supply of work – but of high-value professionals, exhibiting technical ability, quality skills and a willingness to add value to their clients through a flexible way of working that embraces innovation.

And these iPros make up a growing proportion of Europe’s workforce. In fact, one-quarter of all those currently engaged in professional, scientific and technical work currently fit the bill. In arts and entertainment it’s just over one fifth.

While the recent financial crisis may have boosted their numbers, iPros have been a major, though largely invisible, component of the European economy for many years. However, they are little studied by academia or recognised by government policy makers. So in 2004, there were already 6.2 million of them plying their trade, though ten years later this has increased to nearly 9 million, a rise of 42%. This makes iPros the fastest growing group of workers in the European labour market. In the UK the growth rate has been even higher at 63%.

The ‘iPro trend’ is evident throughout Europe, though particularly pronounced in the Netherlands, Poland and France. In Spain and Greece it has enabled many to buck the trend towards ‘mass unemployment’, and so escape the economic and social traumas arising from extreme austerity measures. This makes ‘iPros’ – who I call New Entrepreneurs – an increasingly powerful force in our economy.”